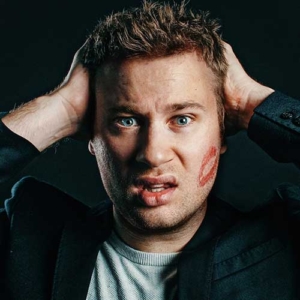 One of Sydney’s rising comedy stars, Jake Howie is a Kiwi comedian who got his start on the vibrant London comedy scene. Performing regularly at some of the world’s best clubs, including Top Secret Comedy Club, Brighton Komedia and Glee Club Birmingham, Jake won the Reading Comedy Festival New Act of the Year in 2015 and placed as a finalist in the prestigious NATYS New Variety Lives Awards in 2018.

Starting out in improv, Jake joined Auckland-based acting school Aspiring Young Actors as a teen and went on to appear in numerous Australasian TV commercials and a variety of professional acting work. This includes a supporting role in Auckland Theatre Company production, an episode of Jam TV’s Working Holiday and a role in New Zealand soap opera, Shortland Street. On top of this, Jake has been heard on BBC Radio 4, Talk Radio and the popular podcast, Global Pillage, as well as being seen on BBC One, Twitch TV and TVNZ.

As well as performing at comedy clubs throughout the UK, Australia and New Zealand, Jake took his debut comedy hour to the Brighton Fringe, Edinburgh Fringe, Leicester Comedy Festival, Melbourne International Comedy Festival and a sell-out weekend run at The Classic in Auckland. Jake’s second hour, Sparkle, is due to premiere in 2021.