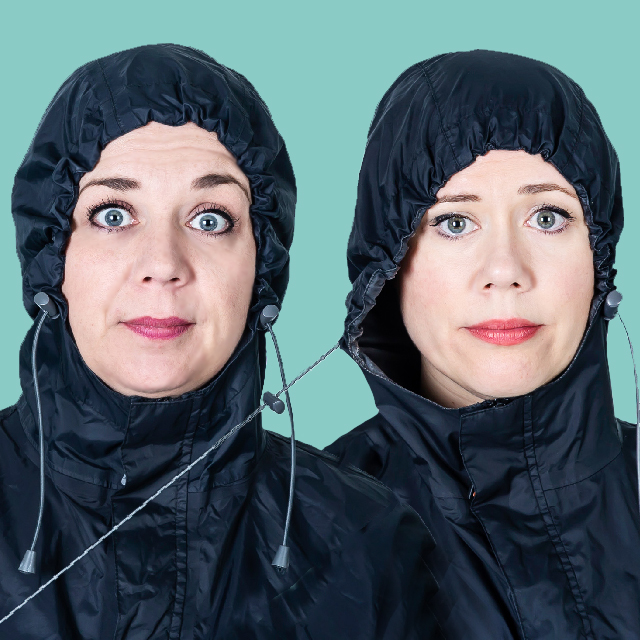 A Kagool (also Cagoule) is the British English term for a lightweight, weatherproof raincoat or anorak with a hood. Chuck in a ‘The’ and an ‘s’ and it’s also the name of a silent, physical comedy act from the UK.

The Kagools are a multi award-winning physical comedy duo from the UK. Since their first full-length show in 2014, they’ve quickly gained fans far & wide with their utterly unique trademark brand of spontaneous, anarchic buffoonery.

The Kagools are universally appealing as their entire shows are told physically, without words, and as such appeal to young and old alike, across all cultures and languages. The shows are a glimpse into an enchanting, playful and hilarious world of two characters who live out a fantastical and warped adventure with dark-edged, misplaced silliness.

An equally sought-after headline act both at home & overseas, their shows have toured extensively to critical acclaim.

Strap yourself in for the comedic ride of a lifetime

Expect to laugh until your jaws are aching!

Beautifully executed. Perfect viewing for all ages and nationalities