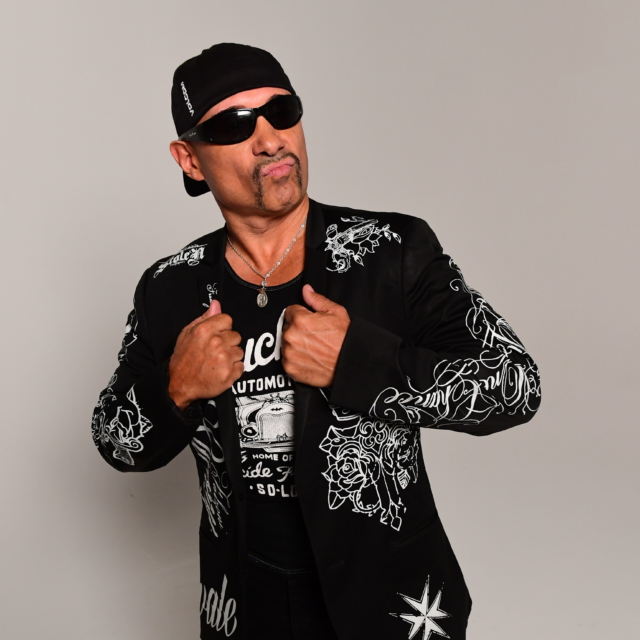 Paul ‘Pauly’ Fenech’s decades-long entertainment career was launched straight out of school when he became a stagehand at ABC TV. Performing a variety of roles from sound assistant to floor manager over the next seven years, Paul acquired a rarely seen wealth of experience across all areas of the TV studio. It was here on the studio floor that he was to identify his premier ambition – that of becoming a director.

In 1995 Paul came in third at the world’s most prestigious short film festival – Tropfest – with his short film Pizza Man. His 1996 entry Space Pizza swiftly followed, winning Paul the open section of Tropfest and first place at the St Kilda Comedy Film Festival. Later, he went on to win first prize at Tropfest with his acclaimed short, Intolerance.

Buoyed by the success of his short films, Paul made his first feature film, Somewhere in the Darkness. The first Australian film ever selected for prestigious US film festival Sundance’s indie offshoot, Slamdance, Paul’s status internationally as a director to watch was firmly sealed. Paul then set his sights back on his first love TV, creating SBS’ cult hit Pizza – based on his 1995 Tropfest-placing short. The series went on to receive five Logie nominations across five seasons. The show was such a hit that they took it to the road, performing live Fat Pizza stage shows in every capital city in Australia, with appearances at events as varied as the Big Day Out to the Lord Mayor’s Picnic.

Paul’s remarkable career credits additionally include writing, directing, producing and starring in Logie-nominated Swift and Shift Couriers, but perhaps the pinnacle of his success so far is his beloved ode to Australia’s ‘battlers’ – Housos. The infamously anarchic, rabble-rousing show won a coveted Logie in 2014, and Pauly won hearts and minds all over Australia with his no-holds-barred acceptance speech. The series has proven such a success that it has resulted in two movies, Housos vs Authority and Fat Pizza vs Housos, as well as sold-out live stage shows across Australia.

In total, since 1998 Paul has made over 50 hours of TV comedy, five feature films and performed countless live performances from pub shows to casinos. He starred as himself in Shane Jacobson’s 2018 comedy/documentary hybrid That’s Not My Dog! alongside other comedy luminaries including Jimeoin, Paul Hogan and Michelle Banas and graced Australian screens as host of 7Mate’s TV series Deadly Down Under. In 2019 it was announced that the original series that kicked off Paul’s stunning career in film and television, Pizza, is finally making a return to small screens, with a new series entitled Fat Pizza: Back In Business – which aired on 7MATE from November 2019.

Pure slapstick, a series of acutely observed moments charged with obscene madness and, every now and then, the sort of pathos only the cleverest clowns know how to evoke

Paul Fenech has been lobbing comedy grenades for eons

The characters are all caricatures, a colourful patchwork of crazies