Nat’s What I Reckon 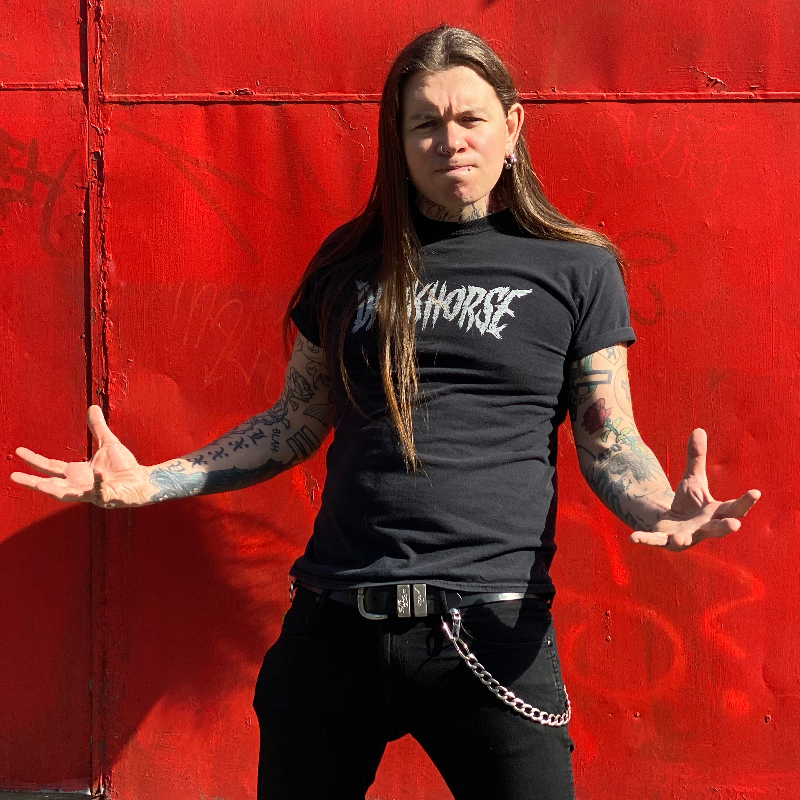 Nat is a comedian, rock musician, mental health advocate and now award-winning, best-selling author. Already an online creator with a fan base in the hundreds of thousands for almost a decade, Nat’s What I Reckon rocketed into global prominence when he first took the world by storm in early 2020 with his isolation cooking content.

His hilarious social commentary has collected a solid and dedicated audience of over 2.8 million, with videos consistently clocking up views well into the millions along the way. Nat’s love for taking the playful piss has seen him riff on everything from trade shows and tattoo events to burnout festivals and exploring “the wrong” Area 51.

The channel blew up when in response to the craziness he was seeing at the onset of the Covid-19 pandemic, Nat declared war against processed food. After observing that pasta jar-sauce shelves had been picked clean by hoarders but fresh produce sections were bursting with untouched fruit & veg, Nat launched a no-nonsense video featuring one of his one of his own favourite home-cooked pasta sauce recipes. With his classic sweary style and signature spin and whistle the clip rapidly took Nat to a new level of viral. This new pivot for the channel saw Nat’s audience expand exponentially and win him A-list fans including Courtney Act, Dave Grohl and Yael Stone and frequent collaborator Briggs – and most importantly successfully get people back into cooking fresh produce and away from packaged meals!

Nat with his co-creator, designer and producer Julia Gee as equal partners in the channel have used their platform to hold a tongue-in-cheek mirror up to antiquated culture norms and societal politics, often unveiling irony and making light of how strange everyday life can be. As Nat told The Guardian, “I’ve always made fun of that narrow-minded boofhead thing. The trade-show reviews I did were all about sticking it to boys’ clubs. Boats, burnouts, that kind of shit.”

Nat has been open about his battle with anxiety and depression – including thoughtfully reviewing mental health for a popular ‘Is It Sh*t?’ segment on the channel. He was an ambassador for The Big Anxiety Festival and has shared his experiences on a Stand-up For Mental Health comedy spot for ABC TV – again using his platform to destigmatise the experience by encouraging conversation and using his wit to give fellow sufferers a laugh.

Nat’s live comedy debut, the On Purpose tour was a multi-media extravaganza – with audience participation, video and even an anxiety game show. With his honest, forthright and often touching style having earned Nat a strong and engaged social media community, they eagerly snapped up tickets to experience Nat’s live show – selling out and adding shows to the tour and Comedy Festivals across Australia. This included his biggest show to date, a sell-out at Sydney’s iconic Enmore Theatre for Sydney Comedy Festival, as well as two shows filmed before sold-out audiences at 6am and 10am in Sydney and live-streamed to the UK and Canada in the first real-time streamed lockdown events of their kind globally.

In September 2020 Nat announced his first ever book, an “unhelpful self-help guide” – the book went straight to the #1 Bestsellers spot on both Booktopia and Book Depository on pre-orders alone. Un-cook Yourself: A Ratbag’s Rules for Life, published by Penguin Random House, won Booktopia’s Favourite Australian Book Award in early 2021, with former Prime Minister Julia Gillard accepting Nat’s donation of the $5,000 prize money on behalf of Beyond Blue. Un-cook Yourself was also named a finalist for the ‘Oscars of the book industry’ – the prestigious 2021 Australian Book Industry Awards. The book was subsequently selected as the best Australian book in the ‘Innovative’ category in the Gourmand World Cookbook Awards. The overall Best in the World winners are scheduled to be announced in mid-2022. Sales for the book reached 50,000 in the first nine months in Australia alone.

Nat’s second book, Death To Jar Sauce: Rad Recipes For Champions debuted at #2 on Booktopia immediately on announcement, swiftly going on to take out the top spot in the charts in just a week. Nat’s What I Reckon were once again nominated for both an Australian Book IndustryAward (this time for Illustrated Book Of The Year) and Favourite Australian Book Award, with the 25 recipe illustrated cookbook going on to earn Nat the “Favourite Australian Book of 2021 title” and donate the prize money to Beyond Blue for the second year running.

In November 2021 Imagination Games announced they were relasing a Nat’s What I Reckon board game! Due to Nat’s claim that he’s shit at trivia, he wanted to create a game that everyone has a 50/50 chance of winning, and the Yeah Nah Game was born.

Nat has been invited to guest-program ABC TV’s iconic rage music show, join a panel and present a video in collaboration with Briggs at music conference BIGSOUND 2020, a talk for TEDx Sydney, and the ARIA awards for Best Hard Rock/Heavy Metal and Dance. Courtney Act chose Nat to be one of only six guests for her season of ABC TV’s long-form interview show, Courtney Act’s One Plus One.

The National Film And Sound Archive Of Australia recognised the importance of Nat’s What I Reckon’s contribution to society during the pandemic and honoured them with inclusion in their curated collection: Creativity in The Time of Covid: Documenting A Nation In Lockdown. Nat and Julia were also selected to represent the collection with participation in an NFSA Livestream: Creativity in the Time of COVID discussion, recorded in May 2021.

In March 2022 Nat and Jules launched their joint Spotify Original podcast, Food Crime. A hilarious investigation into the seedier side of food, the smart, funny and biting buffet of educational and interesting information went straight to the top of the podcast charts on its release. The fact-packed and funny podcast revolves around stories about food getting caught up in the world of crime. Murder, poison, heists… all with a side of piss–taking and taste testing.

When he’s not filming, foraging for rosemary or having strangers ask him how hot it is, Nat can often be found indulging his love of rock n roll, playing in various bands and stand-up comedy rooms around Sydney.