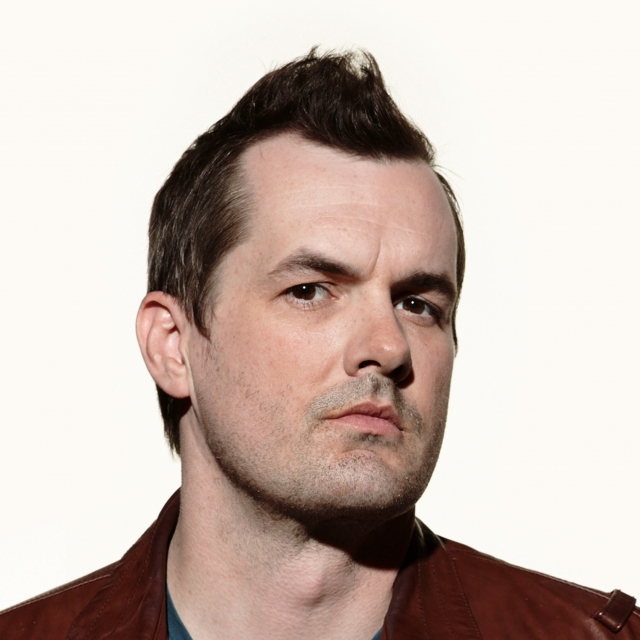 Australian stand-up comedian, political commentator, actor, and writer Jim Jefferies is one of the best-known names in comedy in the world today. With the charisma and commitment to his craft that enables him to charm and challenge a crowd in equal measures, Jim has been making audiences roar with laughter for 20 years.

Jim’s talent has been apparent since his teenage years when he was scouted and signed by a talent agent while performing in a high school musical. He went on to be awarded an operatic scholarship at the Sydney Opera House, followed quickly by winning a second scholarship to Australia’s most esteemed arts academy, the Western Australian Academy of Performing Arts (WAAPA). Here Jim continued to study musical theatre, ballet and classical music until throat nodules forced him to prematurely retire his burgeoning singing career several months before completing his degree.

Whilst still at WAAPA, Jim began doing stand-up comedy in Perth’s open mic rooms. In the late 90’s he returned to Sydney where he took various jobs and resumed his focus on comedy, hitting the Sydney scene with gusto. In the early 2000’s, buoyed by his now flourishing comedy career, Jim relocated to the UK where he swiftly built a name for himself on the English comedy circuit. In 2007 Jim was punched by a stage-invading heckler during his set at the Manchester Comedy Store. This incident was captured on the venue’s in-house video, and the footage became one of the earliest ‘viral’ videos – very quickly accruing well over a million views on YouTube and introducing Jefferies to a whole new global audience.

Jim has since delivered seven monster comedy specials, a sit‐com (Legit, written, directed by and starring Jim) and a late-night show (The Jim Jefferies Show); he sells out arenas around the world as one of the planet’s biggest ticket‐selling stand‐up comedians.

The critically-acclaimed Legit aired for two seasons on the FX network in the USA, as well as being picked up globally and receiving positive attention among the disabled community for its portrayal of people with mental and physical disabilities. The Jim Jefferies Show, Jim’s late show on Comedy Central, started in 2017 and is now in its third season. The show’s initial ten-episode run was renewed for a further twenty episodes before the first season had wrapped, and in 2018 it was honoured with a Writers Guild of America nomination for best Comedy/Variety (including Talk) – Series.

In October 2019, NBC announced that it had handed a put pilot commitment to a multi-camera comedy starring and co-written by Jim alongside Hot in Cleveland producer Suzanne Martin. The untitled sitcom stars Jefferies as a fictionalized version of himself, offering his unique take on modern life and the complexity of relationships.

Fearless, raw, and biting. If Hemingway had a drinking buddy, it would be Jim

An hour of comedy that increasingly finds a beautiful balance between the jagged and the shrewd, the vicious and the vulnerable