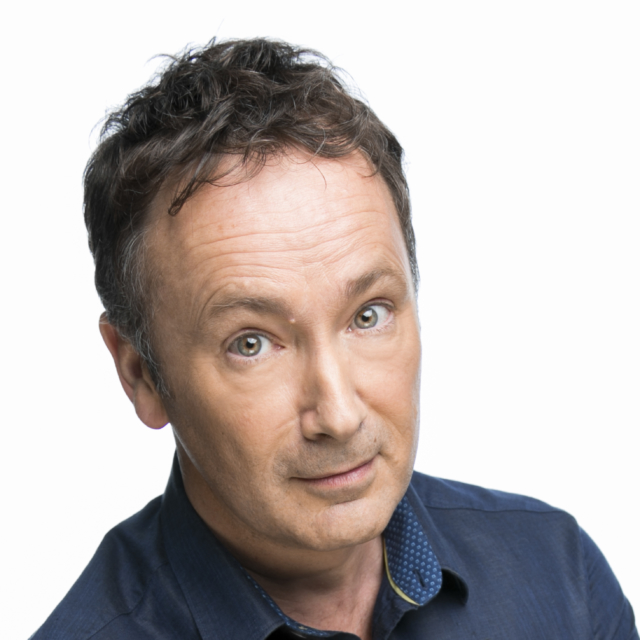 Award-winning British comedian Jeff Green has been a much-loved presence on Australian TV and radio since he first hit our shores in 1996 for his debut Melbourne International Comedy Festival season. Now resident (he has an Australian wife, some have accused him of social climbing, but he disputes that), Jeff is hugely in demand in Australia, the UK, Europe and Asia. His impressive stand-up comedy background features a solo West-End season, three full length UK TV comedy specials, two Australian TV comedy specials, and countless appearances on TV gala specials and comedy panel shows both here and in the UK – including Spicks and Specks (ABC), Good News Week (Ten) and the Melbourne International Comedy Festival Gala (Ten).

In 2015 Jeff returned to Edinburgh Fringe by invitation to perform a season for legendary ‘Big Four’ Fringe venue The Gilded Balloon’s 30th anniversary, and in 2018 Jeff was invited back to the UK to headline the inaugural Chester Comedy Festival, where he once again achieved critical acclaim and sell-out performances.

Makes you want to laugh with him, and stays with you long after the lights go down.

One of the greats of pure laugh-out-loud comedy

An excellent comedian who knows how to make us laugh, Jeff Green is a national treasure

Jeff performed tremendously as the MC at our event. He understood the corporate objective and was able to deliver the message with comedic wit. Jeff was such a pleasure to work with that we would jump at the opportunity to book him again and would strongly recommend him to other clients.