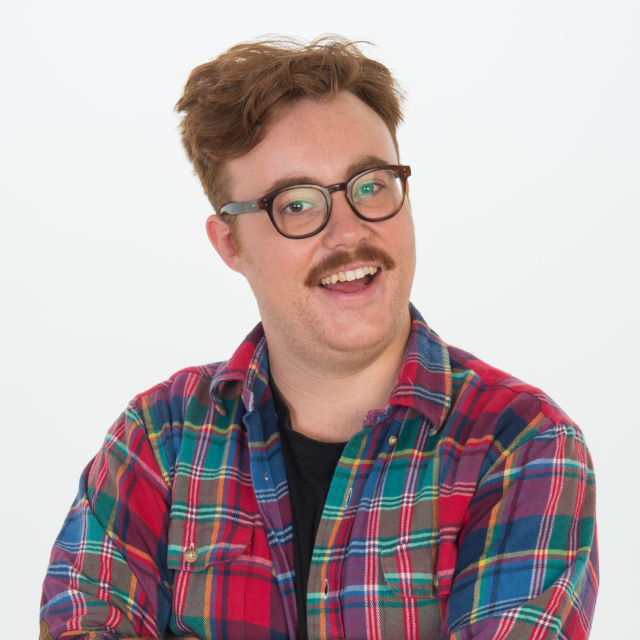 Writer, poet, playwright, political philosopher, rapper and comedian, James Donald Forbes McCann has been published in a variety of publications as broad as The Spectator, news.com.au, Junkee, Quadrant, Splitsider, pedestrian.tv, The Adelaide Review, Rip It Up, Huffington Post and VICE… as well as less salubrious journals like ZOO Magazine and The Australian.

A frequent headliner on the Australian stand-up comedy circuit James has won multiple awards since reaching the state finals of triple j’s prestigious RAW Comedy competition and being crowned Adelaide Comedy’s Best Newcomer in 2009. He sold out his 2017 and 2018 Adelaide Fringe runs, was voted by Adelaide’s comedians as the best in the city for three years running in 2016, 2017 and 2018 in addition to picking up a gong for Best Writer in 2017 and 2018, and being crowned the 2018 Adelaide Comedian of the Year. After another sell-out Adelaide Fringe run in 2019 with Devil’s Advocate, in which the audience submits terrible ideas to James who must defend every last one of them, the prolific creator was awarded the prestigious Adelaide Fringe Weekly Award for Best Comedy for the improvised show.

James has appeared on Tonightly with Tom Ballard and The Raucous Caucus political quiz show for Adelaide’s C44 TV, and was heard as the host of Weekend Breakfast on Adelaide’s flagship Hit 107 radio station for Australia’s largest broadcaster, Southern Cross Austereo.

Doesn’t just step over the line, he tramples over it, but everyone was too busy laughing to care. His mastery of voices and accents is superb, and his rap about an Adelaide meth user will stay in your head for days. So good you’ll want to be just like him.

One liners, puns and musical numbers that have the audience in fits of hysterical laughter … I found myself doubled over with tears rolling down my face

Slightly manic, funny and entertaining – everything you want from a show in a comedy festival!