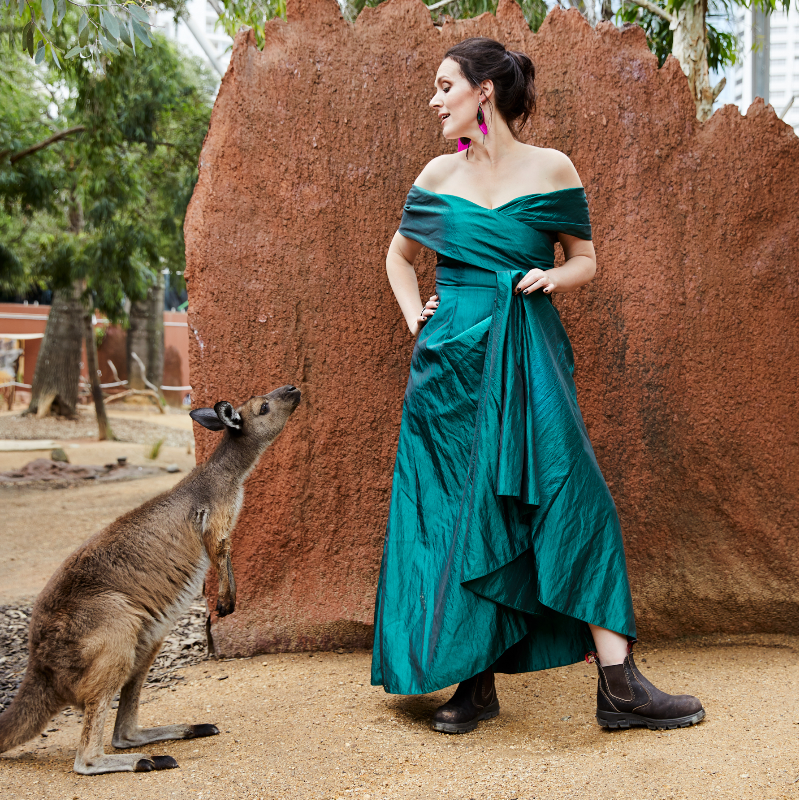 UK comedian and animal expert Emma Malik was just seventeen when she was plucked from agricultural college and relocated to the Isle of Mann for three months to train pigs for the BBC. With that intensive TV experience under her belt, Emma was headhunted by one of the UK’s leading commercial agencies as a media animal trainer, where she was commissioned to work with everything from dogs participating in fashion shows to bunnies for a washing up commercial.

Already with years of extraordinary working with animals experience behind her, Emma left the UK to teach English and work with dogs across Europe. Eventually growing weary of expats and their designer dogs, Emma moved to Thailand to work on the world’s largest crocodile farm, where she worked closely with exotic animals including parrots, pigs, tigers, bears – and of course crocodiles.

During her tenure at the croc farm Emma trained parrots for royalty, choreographed the largest parrot show in South East Asia and made an appearance on the first season of Thailand’s Got Talent. It was at the croc farm that she famously met and rescued her dog Dukdik (Thai for “Fidget”). The rescue mission is a love story for the ages, involving tigers, customs departments across two continents and setting Emma back around $10,000 before the pair landed in Australia, where she swiftly landed a global reputation for “training the untrainable” – teaching animals such as sharks, crocodile, dugongs and numbats to voluntarily participate in their own health care.

A cheeky dare from a friend to sign up at an open-mic comedy night set Emma on a new career trajectory and Emma has since been busy travelling the world delivering her unique stand-up, peppered with acting and guest appearances as an animal expert/comedian on The Jim Jefferies Show, Studio Ten and Better Homes & Gardens.

Emma’s debut one hour solo show, 2017’s If You Can’t Train It, Eat It was a runaway hit, completely selling out a full Sydney Fringe season and “encore” show which was subsequently added to meet demand. She has continued to grow her audience exponentially each year.

Emma uses her unique platform and quick wit, audience interactions and high energy to advocate for rescuing animals, learning about and caring for all creatures great and small.