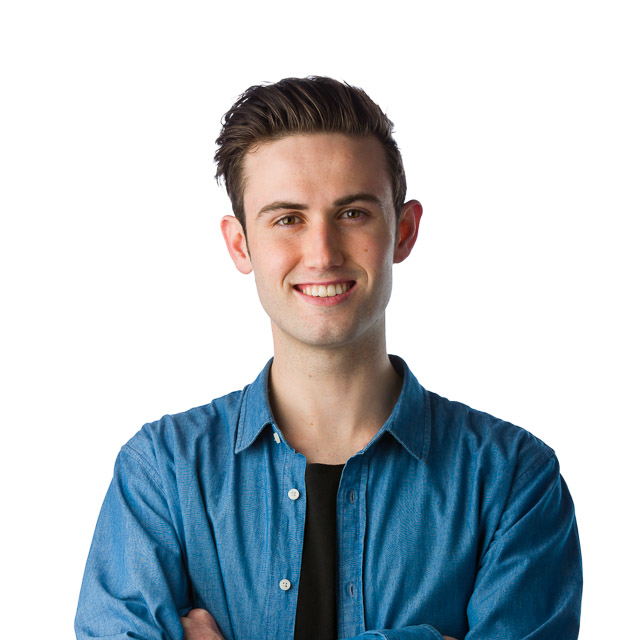 One of Australia’s fastest-rising stand-up comedy stars and media personalities, Ciaran Lyons began performing stand-up at just fourteen and was a roving reporter for The Project before he turned eighteen. Now in his early twenties, Ciaran is already a seasoned professional. With multiple comedy award wins and nominations, TV and radio appearances and sell-out shows on the comedy festival circuit, Ciaran is a firm fixture in Australia’s comedy and media landscape.

Ciaran confronted Australia’s homelessness crisis as one of the five participants spending ten days living on the streets for SBS TV’s acclaimed series Filthy Rich & Homeless. The highly anticipated, must-watch third season aired in June 2020 on SBS and is now available for viewing on SBS On Demand.

Driven by the time he spent with some of Sydney’s most vulnerable youth whilst seeking shelter, warmth and basic amenities at the Taldumande Youth Services Crisis Refuge, Ciaran was so affected by the work being done for homeless children and young people that he is now an Ambassador for the service and has pledged to do what he continue raising awareness for homelessness.

Further TV and radio credits include regular guest reporting for Channel Ten’s The Project, stand-up performances on ABC TV’s Comedy Bites Gala, triple j’s Good Az Friday live show (broadcast from Melbourne Town Hall for the Melbourne International Comedy Festival) and guest appearances on Foxtel’s The Couch and the Nine Network’s Talkin’ About Your Generation. An in-demand podcast guest, Ciaran has appeared on Justin Hamilton’s The Shelf, Wil Anderson and Friends at Splendour in the Grass, and hosting the hugely popular The Dollop live show. He regularly presents on national youth station triple j, where he has been heard solo hosting every show from the early morning shift to the Breakfast Show and Drive.

The two-time triple j RAW Comedy state finalist was awarded Artists’ Choice at the Wild West Comedy Fest in 2015 and Next Gen Comedian by the Perth Comedy Festival at just sixteen years of age. He’s been nominated for Best Comedy at FRINGE WORLD and was hand-picked by the Melbourne International Comedy Festival (MICF) for their elite Comedy Zone showcase of the hottest new comics in Australia. A still teenaged Ciaran was honoured alongside Tame Impala, Troye Sivan and Danny Green by The Sunday Times as one of WA’s Hottest People of 2016.

Now based in Sydney, Lyons is a regular at all the major comedy venues and festivals across Australia and an in-demand MC for events and corporate functions. These have included WA HyperFest Music Festival Mainstage, Peking Duk’s Melbourne Clothing Launch Event and hosting triple j’s RAW Comedy state finals in both NSW and WA.

Laconic and yet professional, Lyons is a master at creating massive laughs with his disarming, conversational delivery

I was already itching to see another show minutes after leaving… his personal stories of being the youngest sibling, travelling to Las Vegas and perverted high school examiners were a hoot.

From clutching our bellies and gasping for air, Lyons successfully transformed the venue into a room of guffaw. A hilarious performance