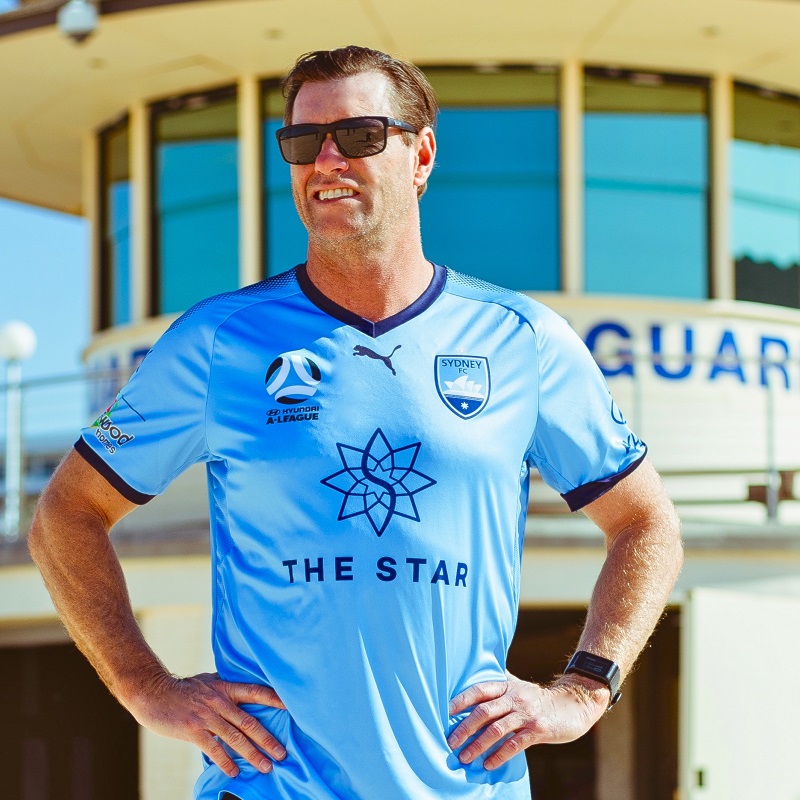 One of the world’s most influential and recognised Lifeguards, Bruce ‘Hoppo’ Hopkins is a highly regarded water sportsman and Australian media personality.

As Head Lifeguard at Australia’s Bondi Beach, Hoppo has appeared in fourteen of a total fifteen seasons of the hit television show Bondi Rescue. The hugely successful Ten Network show is based around the Lifeguard Service at Bondi Beach and follows the numerous rescues and day-to-day activities of the lifeguards. Now airing in over 180 countries worldwide including Netflix USA, Bondi Rescue has won six Logie Awards and two nominations, has reached over 1.6 million viewers during the highest rating period and is still the most watched show on the Discovery Channel

Hoppo has made guest appearances on TV and radio including The Project, Ten News, Studio 10, NOVA, KIIS FM & WSFM and more, and reached over 10 million people in conjunction with a national water safety campaign in January 2018 to highlight water safety in the ocean and backyard pools during a drowning epidemic.

A regular guest speaker at various international corporations and organisations where he shares his role as Head Lifeguard, expertise in water safety, his leadership skills and teamwork management, Hoppo is a passionate and respected water sportsman and competitor. He won two gold medals at the Australian Surf Life Saving titles in the Double Ski and Board Paddle in 2010, and in 2016, he returned to the water after a three-year hiatus to compete around the country in the Ocean Paddler Series. 2016 also saw him take part in a world title race in Hong Kong.

Also a keen philanthropist, Hoppo says, ‘I’ve been a regular competitor at Perth’s Rottnest Island Swim for the charity category for the past ten years and returned to the West Coast in February where we took out the #1 spot for their division. I’ve also proudly supported many charity organisations over the years, including The McGrath Foundation, Livin, Randwick Children’s Hospital and R U OK?’

As President of Surf Educators International (SEI), an organisation that specialises in the education of water safety with a key focus to minimise drowning numbers globally. SEI has taken Hoppo around the world as a consultant to Japan, India, Maldives, Dubai, UK and Sweden.