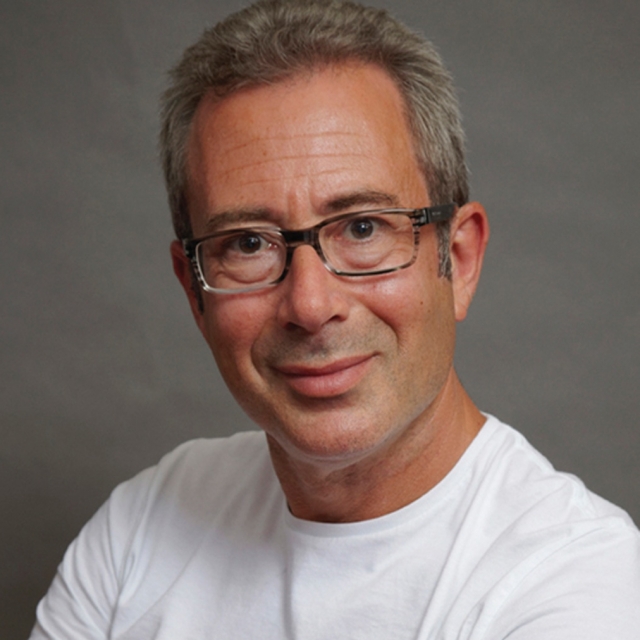 Award-winning novelist, playwright, television writer, screenwriter and lyricist Ben Elton is also a theatre, screen and TV director, a stand-up comedian, and actor. He was born in Catford, South East London, and studied drama at the University of Manchester.

Elton has been one of the UK and Australia’s most successful stand-up live acts for around four decades. Part of Britain’s alternative comedy movement in the 80’s, Elton has won three BAFTA Awards for Best Comedy Series (for The Young Ones, Blackadder the Third, and Blackadder Goes Forth), The Royal Television Society Writer’s Award (The Man From Auntie), and a British Comedy Award (The Thin Blue Line) for his work.

In 1990, he co-hosted the Nelson Mandela Celebration at Wembley Stadium. He hosted the Brit Awards in 1997 and 1998 and The Royal Variety Performance in 2000. Ben famously – and remarkably – writes all his own material for these events.

Ben’s theatre writing includes Gasping , Silly Cow, and Popcorn. He has co-written musicals The Beautiful Game and Love Never Dies with Andrew Lloyd Webber, We Will Rock You with music by Queen, Tonight’s The Night with music by Rod Stewart and others. Elton won Olivier Awards for Popcorn and We Will Rock You, and a Critics Circle ‘Best Musical’ Award for The Beautiful Game.

The prolific writer has sixteen novels under his belt – many of which have been #1 bestsellers in the UK and Australia, and all of which have been published worldwide: Stark, Gridlock, This Other Eden, Popcorn, Blast From The Past, Inconceivable, Dead Famous, High Society, Past Mortem, The First Casualty, Chart Throb, Blind Faith, Meltdown, Two Brothers, Time and Time Again and Identity Crisis. For his work as a novelist, he won the Crime Writer’s Association Gold Dagger Award for Crime Fiction (Popcorn), W.H. Smith People’s Choice Fiction Award (High Society), the Prix Polar International Crime Writer Award (Amitiès Mortelles – the French edition of Past Mortem).

He recently created Upstart Crow, a situation comedy about the life of Shakespeare, starring David Mitchell and Gemma Whelan, which completed its third season for the BBC and has been announced as a stage show to be performed on London’s West End in 2020. He was honoured with the Golden Rose Award at the European Television festival in Lucerne Switzerland for his lifetime contribution to the Television Arts.

With too many career highlights to count, and too many esteemed awards to list, Ben Elton is a true legend of the stage and screen.

Ben was truly wonderful on Friday – he was very funny and everyone absolutely loved him! He was lovely to work with.

On behalf of ASFA and it’s members, thank you for your wonderful stand-up routine last Friday. It has been a long time since I laughed so much. The delegates loved it and really appreciated the energy you put into it.

The Association of Superannuation Funds of Australia